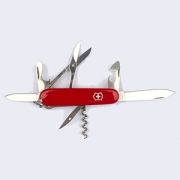 It’s my belief that anyone can benefit from freewriting.

A marketing guru once told me that claiming something would work for everyone would weaken my brand and I had much better target a specific audience.  But I really do think freewriting is potentially for everybody. 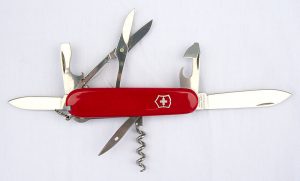 Below are six uses for freewriting showing how the technique can work for anyone, from bestselling writers to people who have never thought of themselves as writers at all.

(If you need to find out, or remind yourself, of how to do freewriting, there is a guide here.)

#1: Clearing and Calming
For: anyone at all who is stressed, confused, troubled or angry

Talking can help, depending on the listener, but I’d argue that the best way to get through a problem, to regain perspective, or simply to keep going through hard times, is to write it all down.  When you write with no audience and no judge, when you can state how things are for you and not anybody else, there is a lever, a foundation to stand on, a place of power that belongs to you.  If you follow the freewriting rules and, as far as possible, write without stopping or censoring what is coming out you will find honesty, wisdom and guidance.  Anyone can do this.  You don’t even need to be able to spell or use grammar correctly because no one will ever see it.  What happens, though, is that by doing it you grow in expressive ability and the more articulate you become the better you can describe your dilemmas and frame your solutions.  Think about how written language has made it possible for the human race as a whole to increase its abilities in all kinds of directions.  This resource is available to us as individuals.

#2: Self Development
For: anyone with a goal

Freewriting can reveal what’s really important and it can help you get there.  I’ve always loved Susan Jeffers analogy of an aeroplane’s journey: apparently in a long-haul flight the plane is off course for 90% of the time but by continual correction, it reaches its exact destination.  If you are sure what you want to achieve, you can reset your course as many times as it takes by writing it down and grappling with the reasons why you are not getting closer to it.  Repeatedly affirming your intentions to yourself, even if the world and everyone you know can’t yet see that this is where you are going, is a powerful way to make something happen.

#3: Recording Your Life
For: Public memoirists, and private diarists

Writers live twice, at least.  They live their experiences and then they repeat them by writing them down (later they can live them all over again by reading back what they have written).  Life is precious and so very fleeting and to capture in words the high or low points, as well as the smallest details, is a profoundly valuable act, even if it remains in a private notebook or computer file.  Memory is such a rich resource that for writers 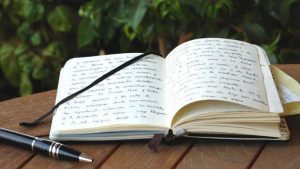 of all kinds I would liken it to gold bars in the bank: solid capital, waiting to be used.  Writing rapidly and without pre-planned limits can turn up very deeply buried memories (a caution here, put some support in place if you suspect traumatic episodes to re-surface).  One way to harness the spontaneous aspect of freewriting is to put pivotal life-events onto folded slips and draw them at random.  That way you’ll be able to pounce on memories as they arise, rather than preparing them and hence sanitising or censoring them.

Memories might be all you need to begin fashioning poetry or narrative from the amazing things that have happened to you (after all, growing up, falling in love or earning a living are all amazing and almost all of us have done all three).  But if you are finding it hard to start out on the road to authorship, freewriting can build confidence in the face of the daunting idea of “Being a Writer” and can slay the writers’ chief enemy: the blank page.  With writing prompts or exercises to kick-start the process and the method of freewriting to make sure the writing actually happens, there should never be a time when the excuse “I don’t know what to write about” is valid.  One of the most valuable skills a writer can have is to be able to keep writing until some good stuff emerges and while you’re writing it’s almost impossible to tell which is the good stuff, so training the hand to keep going is a real asset, and a way of…

Lowering your standards can sometimes be the only way of not giving up when crippling doubt or a dry patch settles in.  You can almost physically blast away a block by attacking it with fast, rough, bad writing.  Or, indeed, with gentle, soft writing as a soothing, forgiving activity after the mental self-flagellation of all those “I am useless” “I can’t write” thoughts.  Crazy, sideways-on techniques and triggers done as freewriting such as describing your character as a vegetable or beginning every sentence with the letter “c” can open out entirely new, and rejuvenating, angles on stuck work.  Furthermore, the rules of freewriting mean you can do these crazy things before your serious, blocked, self can realise what is happening and freeze you up.

Lastly:
#6: Renewal after a long project
For: Writers of long projects (such as novels or non-fiction books)

I’m currently using freewriting for this reason.  After completing two novels I was feeling that writing was “heavy” and I had become, in a sense, over-disciplined.  I was treating writing as work when, of course, it is play.  Even if you do it for a living, unless creative work is at some level playful, it will not connect with an audience.  So I have temporarily switched from word-count targets and plot structure puzzles to the equivalent of messing about in a sandpit (I have a biscuit tin of prompts, games and exercises and can be found in cafes drinking coffee or something stronger, and freewriting like a demon).  It’s a way of reminding my muse that we are in this for fun, first and foremost, and that new ideas, styles, topics, forms and scenarios will be positively welcomed and need not fit into a specific novel at the moment.  I’m hoping that my childish playtime will take me to something exciting and unexpected for my next big project and even if it doesn’t, my relationship with writing will be healthy and happy.  All thanks to freewriting! 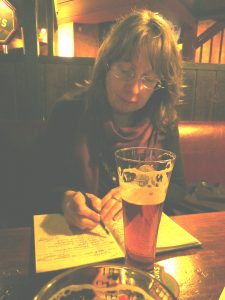