Natalie Goldberg, one of the greatest writers on freewriting, began as a student of Zen Buddhism.  It involved long hours of sitting meditation, disciplined timekeeping and mundane tasks, all in the spartan environment of the zendo (meditation centre). At the same time, she was beginning to write poetry, inspired by the idea that her own life in all its particularity and ordinariness could be material for poems. 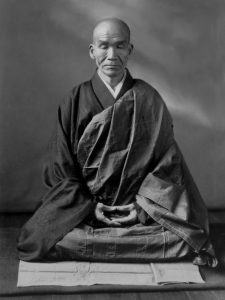 In collaboration with her Zen master, Katagiri Roshi, she developed a way of using writing as her Zen practice.  As with meditation it was timed, she did it in a disciplined way and it honoured her actual life.  Her “writing practice” involved the attempt to capture thought as it occurred in the mind by writing it down for a set period of time without stopping or censoring and then repeating this activity daily.  The practice could have been anything, but because Natalie was a writer this is what she chose.  It was a way of observing the mind with detachment, and it also helped her develop as a writer.

The result of her practice was Writing Down the Bones (1986) a writing guide that has influenced thousands, maybe millions of people in America and across the world to take up writing practice and work with a form of freewriting as a spiritual activity and/or as a way to train as a writer.  Natalie Goldberg’s latest book is a wonderful collection of essays about her writing life and continued practice of Zen called The Great Spring: writing, Zen and this zigzag life. 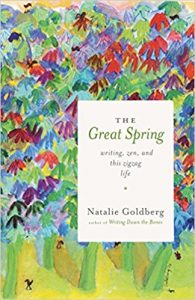 No matter what you think of Zen, or indeed freewriting, Natalie is a compelling essayist.  Far more concerned with the truth than with selling her ideas, she talks more about failure than success.  The discipline of her practice and the humility and openness fostered by meditation has produced an inimitable style of precision and honesty.

She begins The Great Spring with a succinct expression of her core beliefs and her intentions for the current book: “I have searched through these stories,” she says, “to find answers — if answers are ever possible — about who I am and who I have become […] driven by the practice of Zen and writing”.  This attempt at total clarity was provoked, it seems, from being diagnosed with breast cancer (happily, I believe she is out of danger now) and in true Zen style, the book is made sharper and rawer by an awareness of mortality: “we are here,” she writes, “but not forever”.

From the Zen monastic tradition, Natalie has derived three important principles that have kept her going through a “long writing life”:

The last of these principles was enormously helpful to me when we were going through a recent family illness and death.  In fact it seems to help in any situation.

And from Jack Kerouac she cites four principles for writers:

It might seem from this these lists that Natalie is in the business of neat self-help advice based on her own triumphs over adversity but The Great Spring is quite the opposite.  Each chapter wrestles with questions thrown up by broken friendship, the awareness of mortality, conflicts with family, or the problems of being well- (or not so well-) known.  A stand-out essay for me was “On the Shores of Lake Biwa,” which describes a trip to Japan in which all of Natalie’s illusions about the Zen tradition are shattered: no one “likes” Zen or has much time for it and the monasteries are mostly known for harbouring homosexuality.

Some of the best moments in the book are when Natalie struggles without success to solve the Zen riddles called “koans” that are designed to explode the rational mind (the most famous being ‘what is the sound of one hand clapping?’).  In “Blossom” she is at a Zen retreat and can’t even grasp what koan is being asked.  In the traditional one-to-one with the Zen master, when the student is supposed to try to answer the koan, her master (also a friend) assaults her in a possibly sexual manner.  On the way home when her car breaks down she is recognised by the car mechanics and actually asks them “who am I?”. 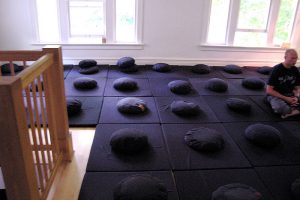 The experiences don’t add up but are placed in relation, and tension, with the story of Joseph (a Zen student in the 1970s) who realised that the answer to the supposedly easy koan “How do you manifest your true nature when chanting?” was to simply chant.  But when it came to it, Joseph was overcome by the memory of a teacher from schooldays telling him he was tone deaf and he could only manage to croak a few lines.  His teacher says “pretty good,” because, after all, the aim of the koan is to dismantle the individual’s habitual reliance on the illusion of certainty.  Natalie presents these scenes (her own and the story of Joseph) with brightly-lit pitch-perfect description and searing honesty and offers them to the reader without a resolution.

Instead of an exalted, mountain-top wisdom, the study of Zen and writing practice leads Natalie to experience and re-access in arresting detail her moments of complete disintegration as a person, such as the time when, going through her divorce, she has no option but to allow her parents to see the extent of her despair.  She describes the huarache sandals she wore on a visit to see them and the way her father’s put-down (“what are those, horse hooves?”) was the final straw.  She has a tantrum and leaves immediately.  But when her parents catch up with her on the road, she writes: “I uttered three words: ‘I am lost.’  I had no energy for a cover-up.  Those words came from my core”.  And despite the fact that this was clearly a significant moment for her, there’s no Hollywood ending: her parents are embarrassed and the whole incident ends with banality (“Now can we go eat?” says her father, “I’m starving”).

Natalie explains that, in Zen, “the great spring” is a way of describing enlightenment and that this is a shattering thing involving the hard and painful “acceptance of transiency”.  Paradoxically, writing practice, which is all about observing and recording experience, is her route to letting go and breaking through.  She says that her book is an “invitation to notice […] moments that move us forwards”.

I recommend reading this and all of Natalie’s books; she will inspire and provoke new approaches to both writing and life.  Here are some questions that I believe are thrown up by The Great Spring.  You might try to answer them using writing practice (set a timer, write continuously without reading back, go for the jugular, and be specific).  This is not a woolly, mystical quest.  It’s urgent and stark, because: “we are here, but not forever”.