I’ve been writing for nine years and produced a handful of short stories, some performance pieces, a completed novel and about a third of a second novel. I’ve also filled at least a dozen notebooks with freewriting. 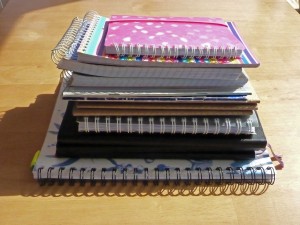 As I plan a new course on using freewriting to generate finished, edited prose and poetry, I have to confess that quite a lot about the connection between my own freewriting and my finished work is mysterious to me. Ideas about scenarios, sensuous, recollected details or first-hand observations in situ have all made their way into my stories and novels but a direct, cause-and-effect process would be impossible to find or prove. All I know for sure is that without all that messy writing about my past, my environment, biographies of fictional characters, descriptions of local rivers or the view from my window or foreign streets and coffee shops, I would never have completed — would never even have started — any of those stories, prose poems or novels.

I first began to do a form of freewriting in the year 2000, under the powerful influence of Julia Cameron’s book The Artist’s Way. The writing she advocates is “morning pages”, a variety of self-development work that divides opinion: either you are disdainful of this sort of activity or you are an evangelist. I began as the first and ended up as the second because, despite a drawer full of childhood stories and plays and embarrassing teenage poetry, I had strenuously denied the desire to write though decades of passionate engagement with literature. Then, like St Peter, I heard the cock crow and realised I had been lying all that time.

The year 2000 was an inconvenient time in my life to become unable to suppress the desire to write. I was half-way through a PhD and finally on track for a full-time academic job, so it took a few years for the universe to fall into line as well as for me to have the courage to jump. But jump I did and it was freewriting that made it possible. 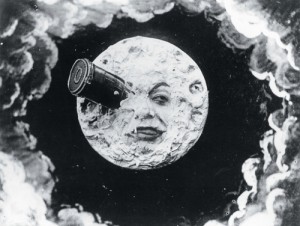 Through my years as a critic and teacher of literature I had an exaggerated, worshipful attitude to the writers I taught and discussed and the fact that my emphasis was on women writers who have had the hardest time to break through their own resistance and society’s barriers to be published only made them all the more remote. It seemed to me that it would be a personal insult to Charlotte Brontë, Virginia Woolf or Angela Carter for me to try to write a novel and any thought of entering into the same field as Emily Dickinson, Sylvia Plath or Adrienne Rich was an impossibility. It would be like going to the moon: I couldn’t do it. They, on the other hand, had built their own spaceships and owned spacesuits from birth.

Freewriting was the solution for me. When I finally accepted that I had the right to try and that to create bad writing was not going to be fatal, I began. It was a ticket to the moon, and even if I ended up staying in earth’s orbit, it got me off the ground. Only the permission to fail could induce me to try and that’s still the case every time I sit down to write. My love of literature and admiration for the best writers has, if anything, deepened because of course every writer has had to endure the uncertainty of buckling on the bubble helmet and not knowing if they’ll reach the place they’re aiming at, or if they’ll get back safe. 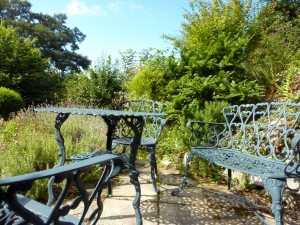 I’ve been doing freewriting for so long now I expect I’m more used to it than I realise, and it will be fascinating to see my students encounter it perhaps for the first time in my class. Nowadays I use freewriting as a sort of dowsing tool. At the moment I tend to write about the characters in my current novel: their pasts, their bodies, their fears and hopes, until they become almost real. The other day I had the weirdest experience sitting outside in the sunshine in a circle of empty garden chairs. For a few seconds I actually thought that my characters were there sitting with me. I couldn’t quite see them but I felt that they were there. It was alarming and my first thought was that I needed to get out more but I also took it as a positive sign that, through all the freewriting I’d done, I’d conjured them into a sort of existence.