Every Saturday morning, in a side-room of the wonderful Kyffin Café Deli in Bangor, North Wales, I now have the pleasure of introducing people to the practice of freewriting. 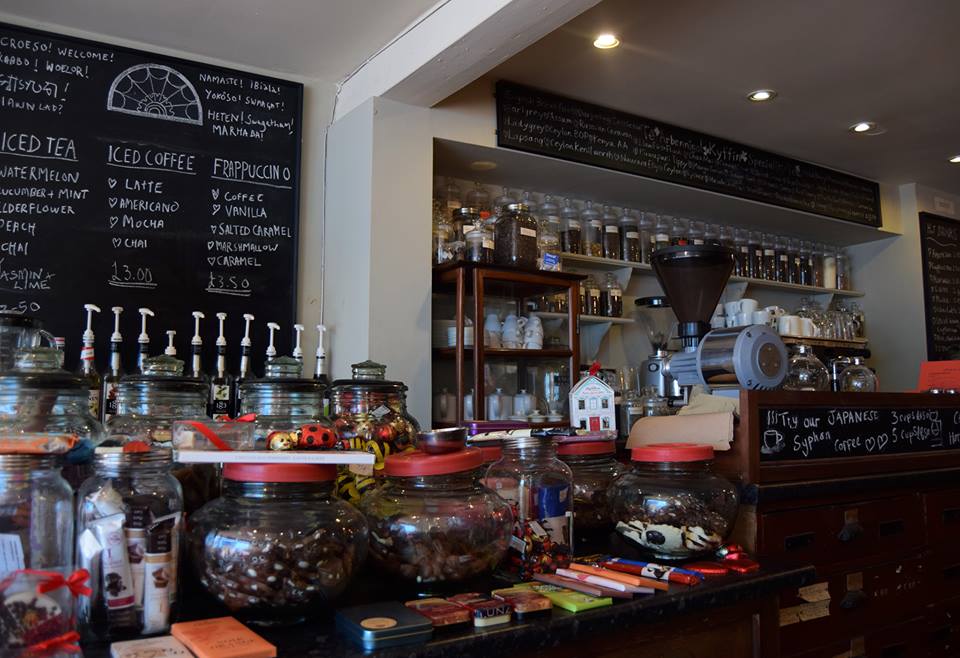 This is because I am running a course there, based on freewriting, called Spontaneous Creative Writing and eighteen people have signed up for it.

Going back to basics (as long as they are not Victorian values!) is very good for me and, I hope, for my keen students, so I am going to share some of those basic principles here as well.

Freewriting is a pre-writing technique, i.e. it is designed to generate material that can later be edited to create finished writing such as fiction, poetry, memoir or travelogue.

Alternatively it can simply be used as a practice to enhance creativity.

It works for beginners who can use it to dive into creative writing for the first time, and it also suits more experienced writers who want to revivify their practice or refresh themselves creatively after a long project.

Importantly, freewriting is usually private writing.  This is because we are inclined to be inhibited by the fear of criticism or the need to conform if we write with the expectation of sharing it.  The fact that freewriting is not normally shown to others and does not need to be “good” is crucial.

Good style in writing comes from (at least) two things: first it comes from harnessing an individual ‘voice’ and secondly from doing hard work on rewriting, editing and polishing.

Harnessing that individual voice is one of the things freewriting can be used for, because the temporary suspension of every requirement of quality, logic, neatness and coherence means that freewriting is an opportunity to speak to yourself on paper.

If in freewriting you can replicate the personality, accent, vocabulary, tone, level of informality, sentence structure, force and intonation that characterise your speaking voice, it’s then possible to “carry that verbal energy over into a carefully structured and revised piece” (as Peter Elbow says in Writing with Power).

Trying to edit and improve writing at the same time as doing it is very difficult.  As Peter Elbow explains in Writing with Power:

Writing calls on two skills that are so different that they usually conflict with each other: creating and criticizing…Most of the time it helps to separate the creating and criticizing processes so that they don’t interfere with each other: first write freely and uncritically so that you can generate as many words and ideas as possible without worrying whether they are good: and then turn around and adopt a critical frame of mind and thoroughly revise what you have written — taking what’s good and discarding what isn’t and shaping what’s left to make it strong.

In other words the best method is to first access the material, and then to work on the material.

Writing continuously, even for a few minutes, is a skill that takes practice to acquire and, by and large, my students are doing well with it.

The debate about whether to write by hand or use a computer keyboard was definitively settled in favour of handwriting in both of my groups.  We also talked about handwriting as a visual art-form, and how the personality of the writer comes through in a way that’s 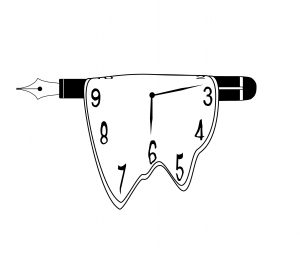 Natalie Goldberg is very much in agreement with handwriting as the ideal method for freewriting (which she calls “writing practice”).  She argues that, since handwriting is the way we all first learn to write, it has a deeper connection with the emotions:  “hand connected to arm, to shoulder, to heart” she writes, in The True Secret of Writing.

But perhaps even more challenging than writing continuously is the aim of letting go of value judgements on what you are writing.  To help with this, it’s best not to read back even the last sentence or line that you have written while you are doing freewriting.

Then, after finishing the freewrite, leave it for a few days or even weeks before reading it back; that way you will have more detachment.

If you read it back immediately it’s hard to get a clear view because sometimes a freewrite will please you (it will be exciting and full of proof, it seems, of your excellence and genius) and sometimes it will be truly awful.

In fact the brilliance often turns out to have been a mirage if you read it back some days or weeks afterwards.  Conversely, freewriting that you were disgusted by when you had just finished it can turn out, after some time later, to have had some real jewels in it.

No Such Thing As Bad Freewriting (unless you stop)

As I’m always telling my students, there is no such thing as good or bad freewriting: if you wrote continuously for the time set without stopping to think, edit or judge, then you freewrote correctly.

It is good training in humility and in ‘getting out of the way’ of your own writing.

Over the coming weeks my students will be playing writing games, doing timed freewrites from different prompts, and experimenting with using parts of their freewriting to construct pieces of work that can then be edited, polished and, finally, performed.

My hope is that they will find pleasure and reward in the writing process itself.  And so far, it seems to be working.  When I taught at Bangor University’s School of Lifelong Learning another lecturer once said that she could tell which class was mine by the gales of laughter coming from the classroom and Jo Pott, owner of Kyffin Café, recently remarked on the same thing happening during the writing sessions in the café.

In the current climate of anxiety and constraint in universities and, to be honest, in the country as a whole, I am enormously proud to have created a space where enjoyment and creativity can flourish.

And I predict that there’ll be some great new writing coming out of it too. 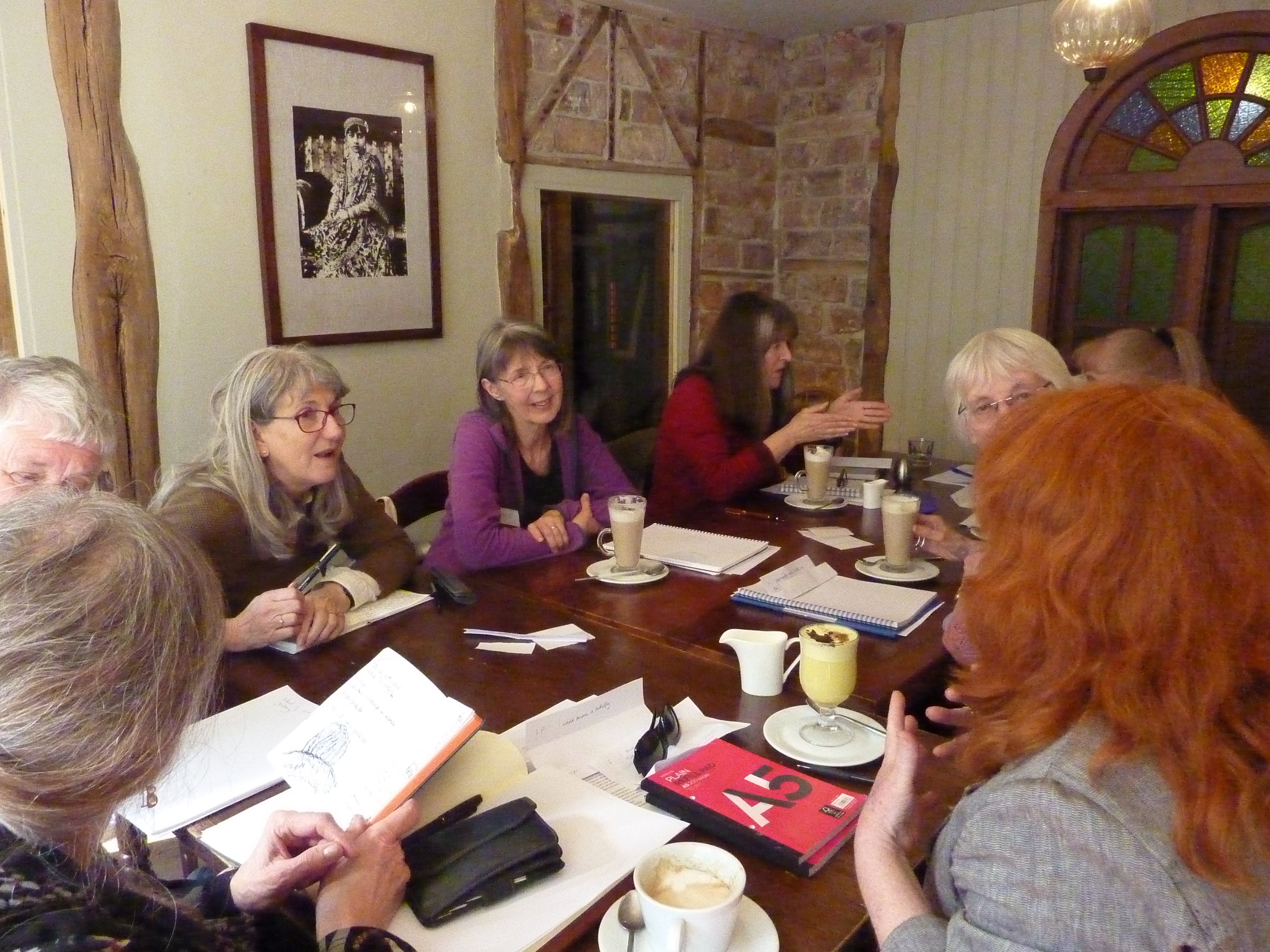 I’d like to thank Jo and the staff at Kyffin Cafe for making us feel so welcome.

And don’t forget that, even if you can’t make it to one of my courses in Bangor, you can still write along with us by subscribing to the weekly freewriting prompts (see the box at the top of the page, on the right).

To learn more about how to do freewriting have a look at “How to Freewrite” here.