New Year is the time for dieting but what is the best way to feed the creative mind?  A diet of high-energy, fast entertainment and hectic socialising is all very well for a short time and a change is as good as a feast, but very soon it will be time to return to a more sensible routine.

If, by chance, you have the desire and the opportunity to engage in creative work at the beginning of this new year then having a quiet, disciplined approach and withdrawing from the din of people and the distractions of (social) media will probably help to accomplish what you set out to do.

This is all very well, but many would argue that the source of creative ideas and solutions is not the willed, conscious, disciplined mind but somewhere else entirely: the unconscious.  The rational, intellectual and analytic part of the brain is not the origin of real sparks of inspiration.  Instead, there seems to be another “place” or level which contains the really good stuff.  Ideas emerge unbidden.  They come as a surprise and often at inconvenient times, such as when you are working on another project entirely.  Then, as in Stephen King’s wonderful analogy of the story idea as a fossil that must be dug out of the ground without damaging it, the trick is to interfere as little as possible with the image, character or entire plot that has been apparently gifted out of nowhere.  You don’t have to be a writer or an artist to recognise this: it’s the stroke of genius that comes out of the blue, the solution to the problem you’ve been chewing away at for days.

Dorothea Brande, in Becoming a Writer, is most insistent that deliberate intention is wanted only in the planning and editing stages of writing.  “The conscious mind,” she writes, “is meddlesome, opinionated and arrogant”.  Brande argues that the intellec 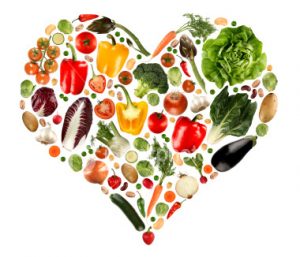 t will supply hackneyed material such as stereotypes or over-literary characters if allowed sway during the writing process.  So her ideal model of composition is one in which the unconscious and conscious take turns to be in the ascendant: the unconscious writes, then the conscious edits.  “Hitch your unconscious mind to your writing arm,” she advises.

This, however, is a step too far for many people, writers included.  Heather Leach, in The Road to Somewhere, is wary and sceptical of writers claiming to be in touch with the semi-mystical realms of dream and the unconscious and she finds the idea of the creative process as not fully conscious as “nerve-racking”.  “If something is not in your control,” she says, “how do you develop or improve it?”

I am persuaded, by experience rather than the arguments of Sigmund Freud and others like him, that there is a higher, more organised wisdom beyond my selfish, distracted and limited ego and there have been moments when some other intelligence has taken over from me during composition.  There’s also the very mysterious phenomenon of going back to freewriting and not recognising it as your own work, even though you know you did indeed write it.  But I have no idea, apart from spending time in silence and solitude, of how to induce or invite this other, better source of art to provide me with material.

As Leach continues to puzzle over the apparent unwieldiness of the unconscious, she comes up with yet more questions:  “how does the unconscious learn and develop?” she asks, and then: “what does it eat and how can we feed it?”

Well, even if I am unsure about the truth or otherwise of the unconscious as a player in creative work, I can recognise a good writing prompt when I see it!  My students and I had a great session writing on the topic of “What does the unconscious eat and how can we feed it?” 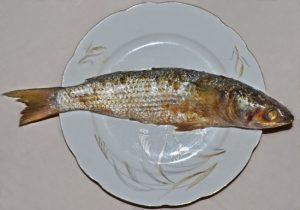 not try it yourself?  Sit down for ten minutes and banish all logic and sense.  Resolve to waste time and paper and freewrite on what your unconscious really needs and wants to be fed.  Also, attempting such a nonsensical task might push that meddlesome intellect out of the way for a while.

At this time of year especially, it’s possible that you’ve been eating all the wrong things, and I’m not just talking about all those chocolates and cakes that have been bad for your waistline.  If you can figure out the right regime, why not put yourself on a diet for your unconscious this new year and see how much more creative you can be.