I’m delighted to say that my spoken word and music band Hopewell Ink will be appearing at Oriel Môn in Angelsey, North Wales, this summer, where we performed one of our first ever gigs in 2014.

This time, however, it’s not a live performance but a competely new direction for us: a film.

The film is just under 20 minutes long and features parts of the hour-long soundscape we produced for a recent exhibition at Plas Bodfa (much disrupted by COVID19 but triumphantly adapted by Julie Upmeyer).

The soundscape was called Soundtrack for a Found Notebook and included words spoken (by me) over the sounds collected (by David, my partner) from locations ranging from Cyprus, to Amsterdam, to Enlli and here in Bethesda. 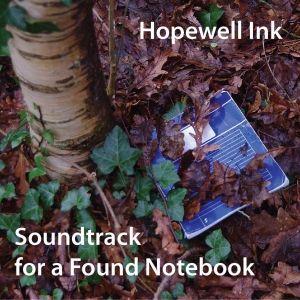 When we were invited to take part with other artists from the Ogwen valley in the exhibition At the Slate’s Edge II, we decided to add a visual element to Soundtrack for a Found Notebook and to replace the spoken words with words on the screen.

Many edits later, we are happy with the result and hope that this new format will mean that more people can enjoy what we do!

Find out more on the Facebook page: At the Slate’s Edge II