Imagine what it’s like to be an Olympic athlete about to compete.  Your name is called.  You raise your arm, or fit the pedal straps to your feet, or stand at the edge of the diving board, or crouch in readiness on the track.  Then it begins.  Everything is a blur of no-time time and swift unconscious judgements and calculations.  There is the familiarity of having performed these movements countless times before, but also the awareness that you are doing it for the first time under these exact conditions, here and now.  And then it’s over.  Your lungs are heaving and when the results appear, tears start spilling out of your eyes.  The thought of being on the podium is unreal and bizarre.  Then a microphone is jabbed at you and the interviewer asks: how did you do it?

Training.  I trained really hard for this, you say.  Then the interviewer moves on because the media isn’t really interested in the hours and hours of repetitions and diet charts and weigh-ins.  But you know that without the days and weeks and months of practice, you wouldn’t be here in the echoing velodrome, the sweat-wet badminton court or on the royal blue Astroturf in Rio, 2016. 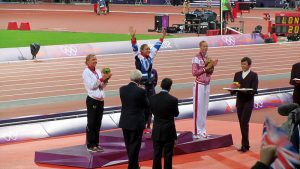 An athlete’s training is all for one moment of opportunity: an Olympic competition.  And although I know that writing isn’t competitive in the same way, it does strike me that writers need to be on top form when the opportunity of a good idea, and the time to explore it, occurs.  So while watching the games, I’ve been thinking about the similarities between sportspeople training to compete, and writers using freewriting to practice their art.  I think that freewriting is a sort of training and very roughly equivalent to those hours in the gym, in the pool and on the track, that the top athletes put in.

And this is why: in freewriting you are training your mind to translate ideas as directly as possible onto the page or screen.  “First thoughts” are what Natalie Goldberg calls original, unique-to-you, strong creative ideas.  The aim is to seize these ideas without hesitating or watering them down or letting an internal editor tell you they’re rubbish, and who are you anyway to think you can write?  Freewriting trains you to grasp and record all of your mind’s output (good and bad) and put it down on paper so you can work with it later.  It’s like strengthening a mental muscle by using it repeatedly.   You train yourself to write in a fluent way and at the same time, to follow the guidelines of being as specific and concrete as possible and diving into potentially dark or controversial material if it comes up.  With this training, you can step up when and if the opportunity comes to write the big scene, or the definitive poem.  The idea can get onto the page complete.  Without thinking, you can do the equivalent of a triple salto and still be ready for the big finish. 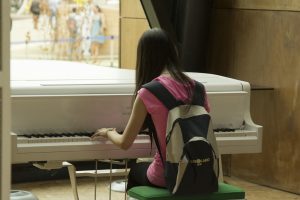 And why shouldn’t writers practice?  Artists of all kinds do exercises to improve skill.  The musician practices scales; the painter has a sketchbook.  So if a writer says to me that they are worried that freewriting will make their work sloppy or that it’s a waste of time, I’m going to point out that it was the hours of training that made it possible for Max Whitlock to win two gold medals in one day.

Whatever public recognition may or may not later come our way, the writer is her own first judge and medal-awarding committee: it’s at the desk or the screen where we know if our wonderful idea has made it out of our head and onto the page.  If we are freewriters I think the chances of producing a winning performance are that much higher.  And in your press interview, when they ask how you did it, you can say it was all down to those hours of training! 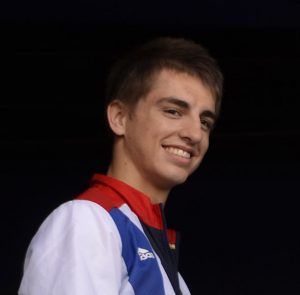