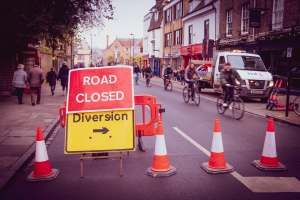 Photo by Ben Wicks on Unsplash

You sit, head in hands, in front of the blank page or screen. You find yourself in the middle of an unnecessary task and realize that you are engaging in a classic avoidance tactic. You catch yourself thinking ‘I am a fraud’ every time you sit down to write. You look back through previous, finished work desperately trying to recapture whatever weird magic it was that allowed you to create in the past. Finally (and worst of all) you consider giving up because writing has become inextricably linked to difficulty, pain and low self-esteem.

At your lowest point, your imagination supplies a picture of effortless, joyful productivity: the thrill and pleasure of being so totally in the zone that time ceases to be, and the self dissolves into the activity of composition.

There is a way to leave behind this blocked, miserable version of yourself and become the person in that flow state.

How did you get blocked?

My best guess is that you broke your own protective boundary. Probably by accident.

To create anything requires a ‘holding space’: a place that is safe, secret and private, and where risks can safely be taken. Because every creative act is a risk: it is freighted with the dangers of self-exposure, the risk of criticism from others, and the possible pain of rejection with its attendant sense of shame. The only way to create safely is to agree that, at first, it is only for you.

But maybe in the past you got carried away and shared a piece of writing before it was ready, or finished. Your skin was thin because you were excited and proud and, when the reaction came (or no reaction came) it really, really hurt.

Who wouldn’t be blocked after that? It’s a perfectly understandable and sensible policy never to risk it again.

A second possible reason in the near or distant past for becoming blocked is ‘comparison disease’, a phrase I use to mean the obsessive, unhealthy measuring of one’s own achievements against those of others.

The trigger for this might be finding, by chance, a finished, published, fêted piece of work that resembles one of your own fledgling ideas. The difference between the two was so vast that it stunned you into silence.

Again, that’s totally reasonable! Some work is more developed and polished or, not always for reasons of quality, more successful.

The final scenario I’ll describe is just one out of many more possible histories leading up to your block: an emotional battle.

At some time and in some way you were told (or decided) that working on your own writing took time away from your loved ones and that this was self-centred, reprehensible behaviour.

You, understandably, allowed this to redefine your creativity as selfishness and now, when you find a spare hour in which to write, it is beset with massive emotional buffets of guilt.

How can a person get through that? The block is huge!

I was blocked for years of my life, from about the ages of 20 to 40, due to a combination of these things. Here is how I overcame it:-

Freewriting. Ten minutes at a time.

I originally came across this technique in Natalie Goldberg’s Writing Down the Bones and, since I was an academic teaching literature and creative writing, I researched the field. I studied Peter Elbow’s work on the processes and effects of freewriting and looked at other scholarly studies. The combination of evidence from my own experience, and from published research on the topic, led me to run classes on freewriting within the university and later outside in the community.

I have seen many unblockings due to freewriting and what a joyful thing it has been!

How and why does freewriting unblock?

Freewriting is private writing: you don’t share raw freewriting. Ever. In this way you build up trust, in yourself. Freewriting is precisely that safe, secret place I spoke of earlier and it is a place where no criticism, not even self-criticism or value judgements are allowed. The rapid method of freewriting ensures that it is impossible to judge and write at the same time, and making a promise to yourself that freewriting is for your eyes only provides further security.

What about ‘comparison disease’? Yes, freewriting will blast through that. The more you are able to write, the more you will believe in yourself. I have many notebooks of freewriting all done in the same careless, no-risk, mode but oh, I am so proud of them! When I flip through and read them back, I am astounded every few pages by evidence of my breadth, originality or humour. It is one of the most cheering and supportive things to do and it always encourages me to keep going.

Finally, that third possible cause for a block: guilt about taking time from others. How can freewriting deal with this? The answer is by being time-limited. You do not need to deprive your family of your presence on holidays or family outings. Everyone from three years old upwards can be distracted for ten minutes at a time to give you the chance to do a session of freewriting. Just carry a pen and paper everywhere, including the loo (or restroom, for our American friends).

Of course, sustained writing does take time but once you drop that habitual, emotive guilt, you can probably come up with rational schemes to organize your time and make space in it for writing. Also, when you get the opportunity to write, a freewriting burst at the start can make sure you really use it.

Freewriting is ‘fake’ flow: you follow the rules to create a writing session resembling the flow state that characterises intense, creative activity. Over time, fake gradually becomes real. You are used to the state of flow and go towards it like an old familiar friend, easily falling into a flow-state because it’s become so natural to do so.

The usual advice for dealing with a block is to lower your standards and this is also at the root of freewriting: as long as you are forming words without stopping, your freewriting is good enough. But the secrecy and time-limited aspect of freewriting make it especially powerful as a cure for blocks even if, like me, your block lasted 20 years.